When people ask me why I tweet so much – I tell them “Twitter saved my life as an educator!”

I have been an educator for more than 25 years.  (It has been longer than that since I graduated as there were some years I was not in education).  It is mind-boggling that 25 years have gone by.   I have always been a person who saw the glass as half full – sometimes to a fault.  I always expected/saw the best in my students – even when they were frustrating.  I spent 13 of those years teaching English.  When I first graduated from college – I had a purpose – I was going to teach kids to LOVE Shakespeare!  But did you know that not everyone Loves Shakespeare?!  I was shocked!  They were going to love to read and analyze literature.   They were going to learn to be great writers.  I found out….not all kids liked English! (The HORROR!)  So….I had to figure out how to connect with them anyway!  I learned how to meet them where they were.  I found out that each student learns in a different way and at a different rate.  But that was OK – because my purpose was to help them be successful!  After years of teaching, I was getting restless – I loved teaching but I wanted to have a greater impact.  I felt like I needed to go back to school.  At that time some mentors came into my life – Mary-Ann Rannels, Patti O’Dell…they saw something in me that I didn’t see in myself – and they mentored me right into administration!

It was during my first year as principal that I met Nancy Blair.  At the time, she was a consultant with HSTW/MMGW.  She worked with our staff on best practices.  She worked with me on helping staff plan engaging lessons – lessons that would challenge students.  She was the first person to introduce me to the world of Google – Google Docs and Google Forms (the days before “drive).  Nancy then told me I should join this thing called “Twitter.”  I thought she had lost her mind, but I also had great respect for her.  If Nancy told me to do something – I did it! 🙂  Nancy did show me the “why” before I actually got started.  She told me that there were other educators on Twitter who are dealing with the same issues that I was – and we could find ways to problem solve together.  So…I tried Twitter.  I was hooked the first weekend I explored.  I found other educators to follow.  I began finding resources that I could share with my teachers – to get them support. I found resources that I needed and could use to model tech integration and just great teaching practices in general. I was able to meet staff where they were – and help lead them to meet students where they were.  I was fulling my purpose of servant leadership!

Then this happened:  (Students come First) – A well-intentioned piece of legislation from our state that had unintended consequences of putting a wall up between administrators and teachers.    And then, this happened:  (Don’t fail Idaho) – a campaign by the Albertson’s Foundation to bring awareness about issues in Idaho education; however, it felt like a war against public schools and specifically teachers.

My connection on social media was viewed by others as a distraction, so I disconnected more often than I was connected.  Mandates came from the state – some I agreed with, some I didn’t – things that began happening TO educators began sapping the life out of my passion as a principal as I saw life being drained out of my teachers.  We were spending so much time on compliance – that we felt we weren’t getting to spend time with students.  The “glass half full” outlook that I had always had became a “glass completely empty.”  I became so distracted by the weeds of my work-the paperwork, the compliance issues – that I couldn’t see the forest for the trees.  I was STUCK……I was still trying to support my teachers, but they too were stuck and distracted.  I was in my own tunnel – seeing things only through the lens of compliance.

But…there is a very happy ending to this story.

I was “enrolled” (not willingly) in a new professional development network for principals entitled NISL – The Network of Innovative School Leaders.  I went kicking and screaming – probably with the worst attitude I had ever had going into a growth opportunity.  I was truly angry.  (although I’m not sure many knew I was)  I met Greg Alexander (who is now a very close friend and colleague) who brought in some folks from Alaska to work with this new network.  They began sharing the different “dispositions” of effective leadership.  The ideas they were sharing began resonating with me – I remembered where I had first heard about these…from some of my mentors, from folks like Nancy Blair – from many of my connections on Twitter.

That summer I reconnected – with a vengeance but with balance.  I joined Twitter chats again.  I began meeting with my Twitter “heroes” face to face.  I also began sharing my passion for being a connected educator.  Being connected through Twitter gave me a sense of belonging – belonging to a network of positive educators who both confirmed and challenged my thinking – to become a better version of myself.

I became more meaningfully engaged because of being connected with my PLN on Twitter.  As an introvert, Twitter allows me to be myself without being judged.  It also allowed me to form relationships with people before I ever met them face to face.  My PLN encouraged me to be adventurous and start a statewide Twitter chat.  I also co-founded #edcampidaho with a group of passionate Idaho educators – and we planned it all through Twitter and Google Hangouts!  I also moved forward with my education and got my EdS with a cohort of people who will always be close to my heart.

Through my connection, I rediscovered my purpose!  I realized how to deal with the “compliance” issues that are done “to” me.  Michael Fullen talks about looking at compliance and seeing how they fit in your mission.  If it doesn’t fit in your mission, get a “C” on those compliance pieces.  Focus your real energy on those things that will make a difference and move your mission forward.  My purpose is to empower others – to help them discover their “why.”  My purpose is to help others find their own passions – to help them become the best versions of themselves.

Janet Avery has been an educator for 26+ years. She is currently the Jerome School District Curriculum Director and has been a Middle School Principal, Assistant Principal, and Secondary English Teacher. Janet has lived and worked in many places around the country, but Idaho has always been her home. She believes that every child deserves the best teacher facilitating their learning; and, every teacher deserves the best teacher teaching next to them! Known to many as @averyteach on Twitter, Janet is the moderator of #IDedchat (a weekly Twitter chat) and is a co-founder of #edcampidaho. Janet lives to fulfill her purpose of helping others live IN to their potential - to see their aspirations become reality. Do you "know your why"? View All Posts 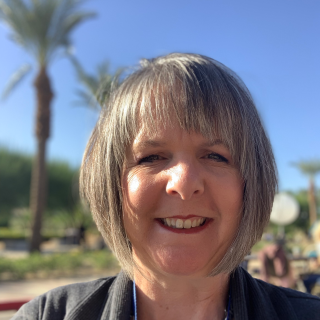 Janet Avery has been an educator for 26+ years. She is currently the Jerome School District Curriculum Director and has been a Middle School Principal, Assistant Principal, and Secondary English Teacher. Janet has lived and worked in many places around the country, but Idaho has always been her home. She believes that every child deserves the best teacher facilitating their learning; and, every teacher deserves the best teacher teaching next to them! Known to many as @averyteach on Twitter, Janet is the moderator of #IDedchat (a weekly Twitter chat) and is a co-founder of #edcampidaho. Janet lives to fulfill her purpose of helping others live IN to their potential - to see their aspirations become reality. Do you "know your why"?